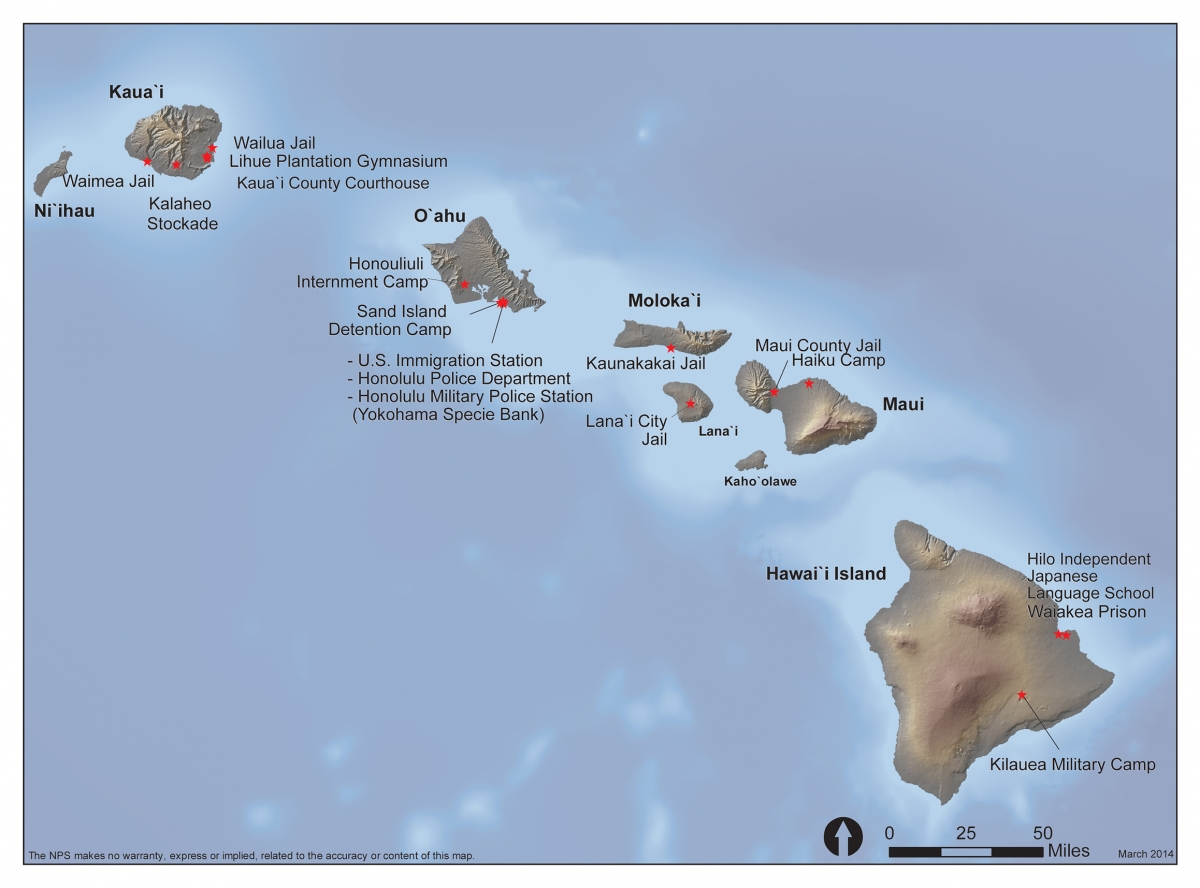 Source of maps: National Park Service. The NPS makes no warranty, express or implied, related to the accuracy or content of these maps.

Fueled by suspicions of disloyalty, the U.S. government interned 2,270 people of Japanese ancestry in Hawai‘i after the bombing of Pearl Harbor on December 7, 1941. Military personnel and local authorities collaborated on arrests, confining internees to the following local areas, with most being sent to O‘ahu’s U.S. Immigration station before being transferred to internment camps on the mainland. 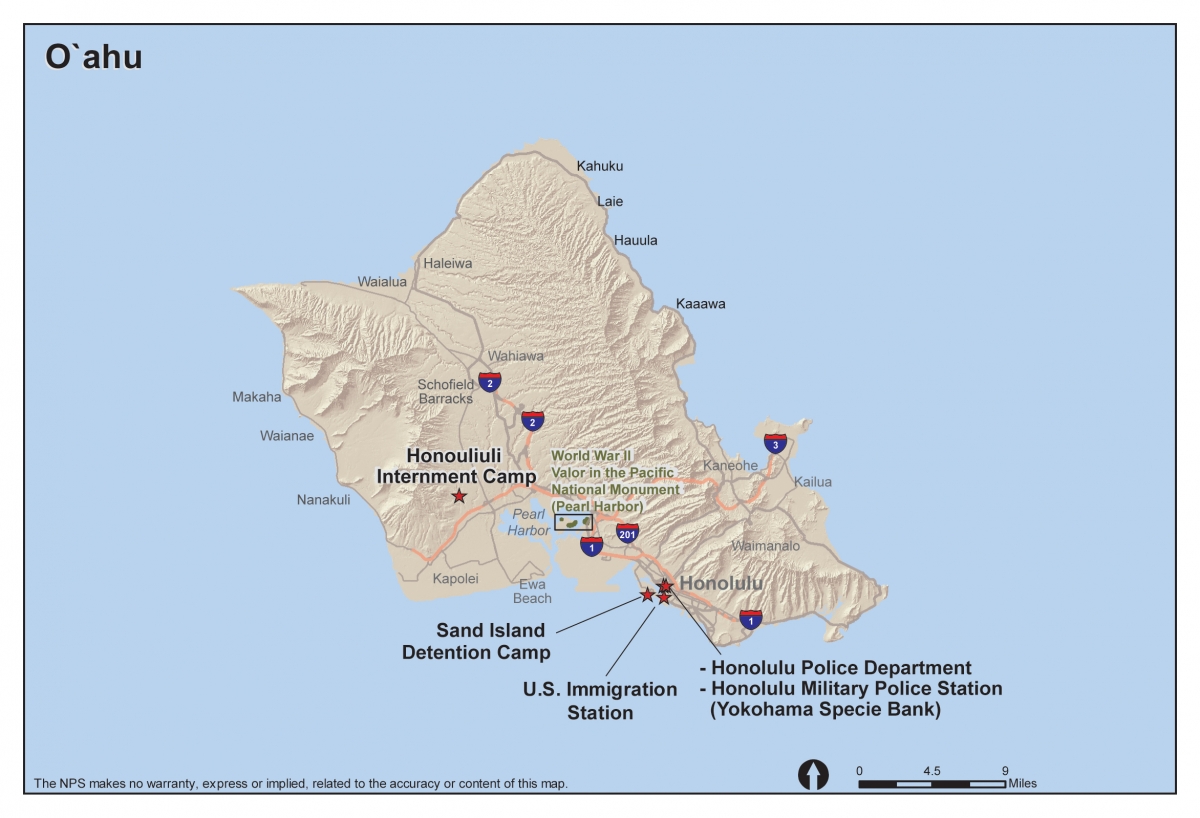 Located in the Honouliuli Gulch, 160 acres in the west of Waipahu, the Honouliuli Internment Camp became the largest prisoner of war camp in Hawai‘i by March 1943, holding approximately 320 internees and 4,000 individuals from Japan, Okinawa, Taiwan, Korea and Italy. It was listed on the National Register of Historic Places in 2012.

This camp detained internees until March 1, 1943, having immediately opened after the Pearl Harbor attack. Approximately $500,000 was spent on improving and maintaining the facilities. At one point, it consisted of two enclosures holding 250 Japanese males each, one holding 40 females of mixed races and one for 25 people of German or Italian ancestry.

The U.S. Immigration Station became the center of legal administration, where all Hawai‘i internees were processed, with the FBI handing prisoners over to this temporary detention center.

Located at 842 Bethel St., the HPD Headquarters held the Alien Property Custodian office, which confiscated property. The Yokohama Specie Bank across the street became the Honolulu Military Police Station after it was seized by the Army. 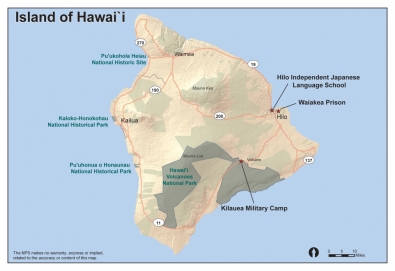 The Hilo Independent Japanese Language School became the largest Japanese language school on the island. During the war, all schools were closed, and Hilo school became a military police headquarters while the kindergarten building became a holding cell.

The prison held internees alongside civil offenders, who became employed to do defense work at Hilo International Airport. The camp had been established to use prisoner labor to construct an airstrip in the 1930s.

Following the bombing of Pearl Harbor, the Kilauea Military Camp, which was stationed inside Hawai‘i Volcanoes National Park, became an internment camp overnight. Later, all Hawai‘i Island detainees brought to KMC were sent to the Sand Island internment camp on O‘ahu or to the Mainland. 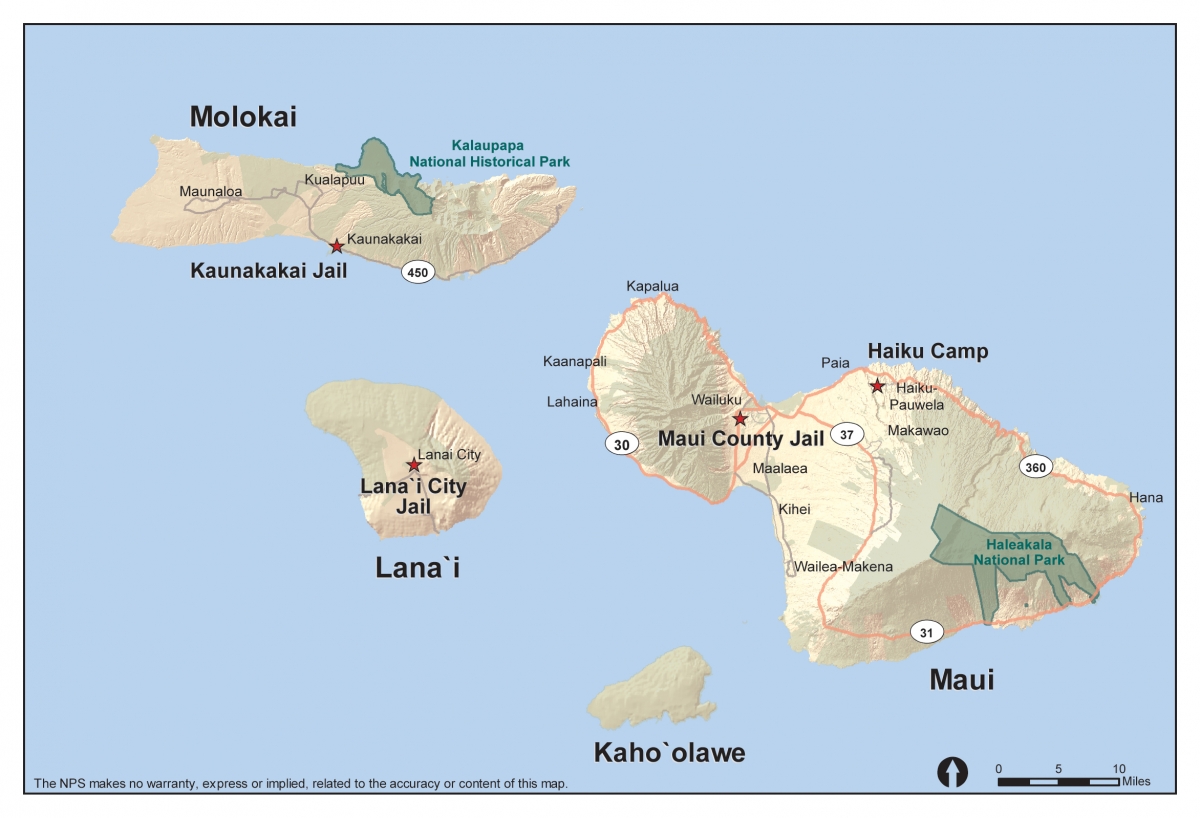 Detainees from Maui, Moloka‘i, and Lana‘i were later taken to Maui County Jail, which, along with Haiku Military Camp, held up to 121 internees throughout 1942 to 1943. The jail has since been demolished.

The Haiku Military Camp held prisoners for a shorter period of time in tents and temporary structures.

Five people of Japanese heritage were interned at Lana‘i City Jail in 1942. 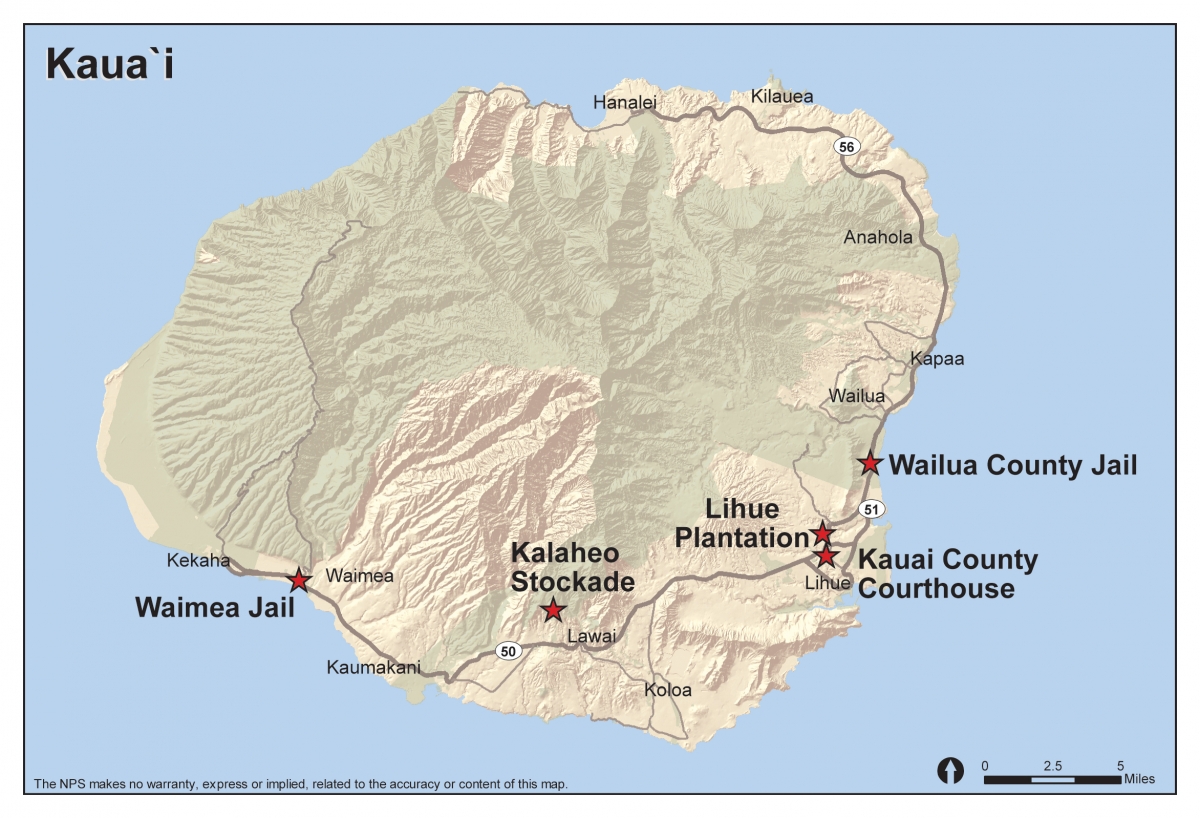 Internees were first assembled here on Kaua‘i, and with crowded conditions and developing health and sanitation problems, a two-story dormitory was built to separate internees from regular inmates. Post World War II, it was destroyed by a hurricane and now, the Kauai Community Correctional Center is built on the same site.

The stockade also jailed 50 members of the army, who were convicted of criminal offenses or misconduct. Internees were held in a structure large enough to house 20 to 25 people.

Along with Wailua County Jail and the Kalaheo Stockade, this facility was used to hold up to 10 prisoners. From 1942 to 1944, up to 106 people of Japanese ethnicity were interned in Kaua‘i. It has since been demolished.

Internee hearings were held at the courthouse while it is known that the gymnasium was used as a location for solitary confinement for at least one prisoner.

Curriculum Guides for "The Untold Story: Internment of Japanese Americans in Hawaiʻi" Documentary

Students in Hawai'i delve into the internment of Japanese Americans in Hawai‘i through video.